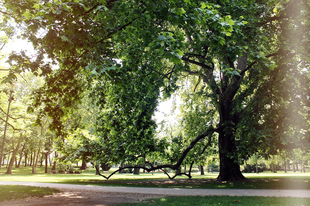 The Wonderful Plane Trees of the Margaret Island 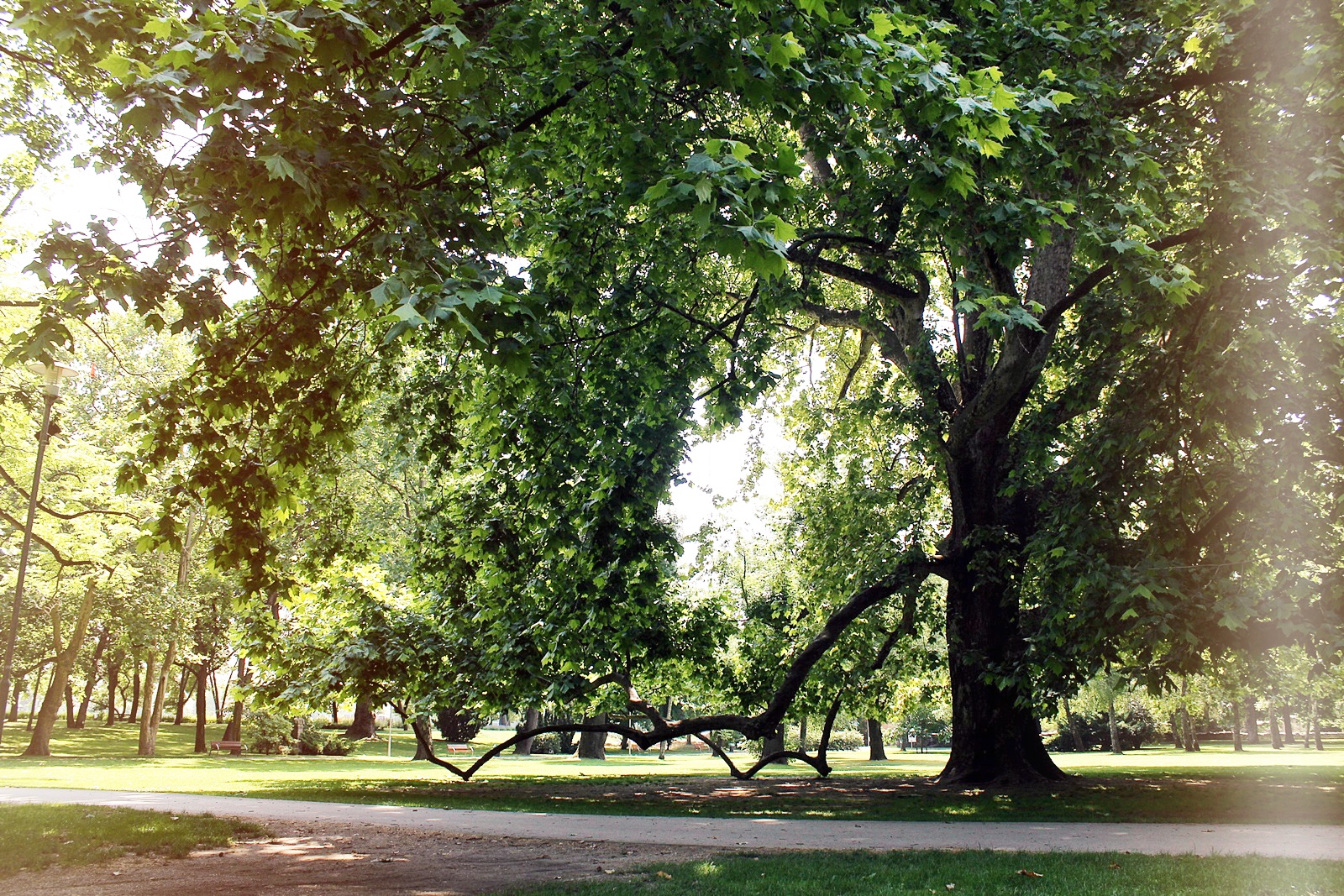 The history of the plane trees on Margaret Island dates back all the way to the early 1800s, the time of Archduke Joseph, Palatine of Hungary, who did quite a lot for the development of the island, including the domestication of the rapidly growing plane trees. For in 1790 it was decided in the Parliament that the Margaret Island, a “place for recreation and entertainment”, was to be put in the use of the representative of the Habsburg monarch at Buda, the archduke bearing the title of the palatine.

Did you know, that on the initiative of the palatine plane trees were planted all around the country? Therefore literature calls the period “the plane tree era”.

Who was Joseph, Palatine of Hungary?

Joseph, the younger brother of Francis II Emperor of Austria / King of Hungary – who ruled until 1835 –, was the palatine of Hungary for 51 years and was often referred to as the “most Hungarian Habsburg”, a quite honorable nickname. He shared István Széchenyi’s reformer ideas and contributed significantly to the economic and cultural development of the country.

He dedicated special attention to the island, shaping it into a British-type park, and he was quite keen on plants and gardens, striving especially to create continuous parks. Moreover, he himself often nurtured the plants, pruning his favourite trees. 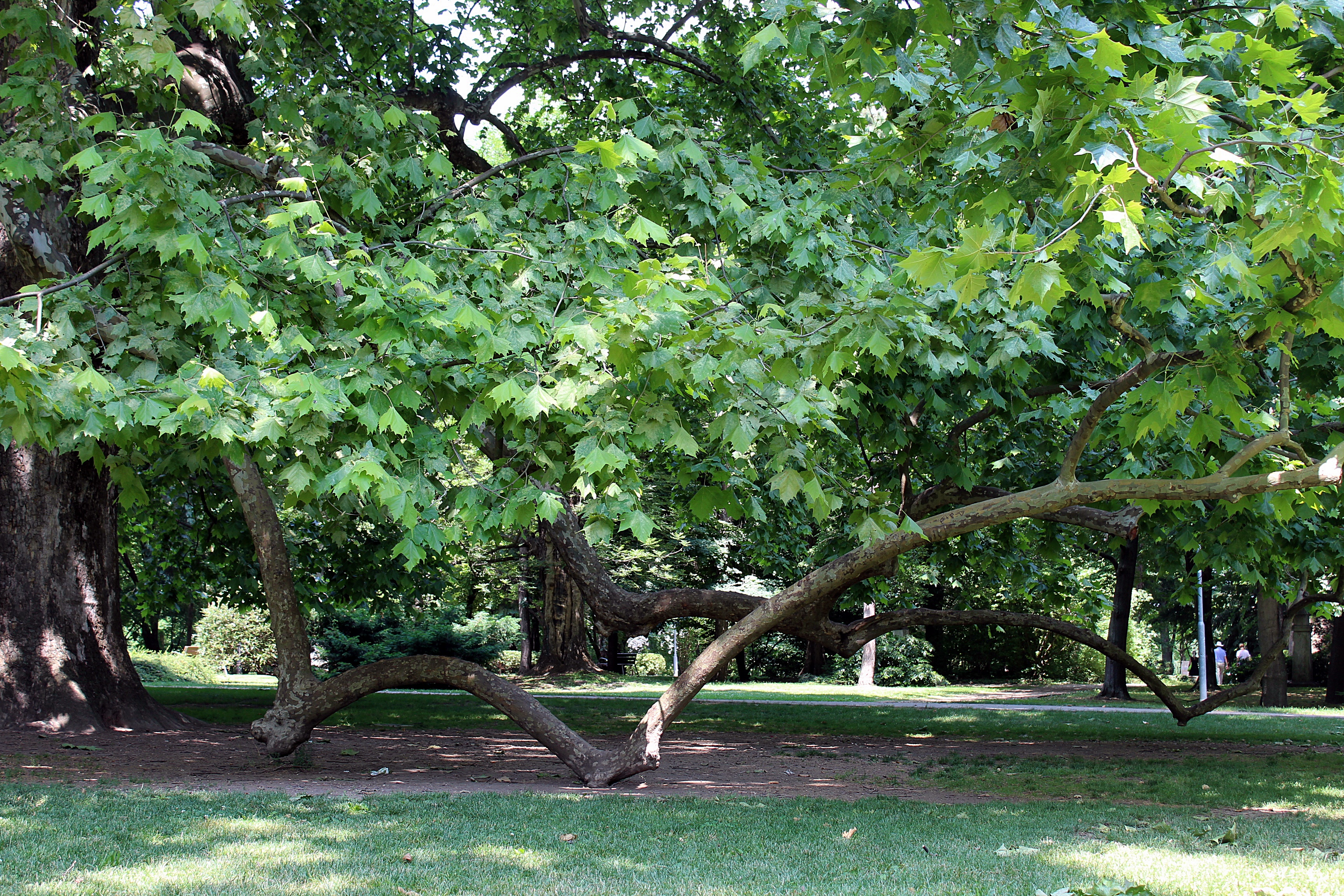 Landscape gardening started on the Margaret Island around the 1810s, thus among the plane trees we can admire the breathtaking view of some 150–200-year old trees. These plane trees are true survivors: they have lived through country planning, world wars and the great flood of 1838.

At that time the palatine was not the only one who was bitten by the bug to collect plants and create gardens. The easier it got to travel to distant locations and discover new places, the greater was the enthusiasm of botanists and garden-likers to collect plants. This was the time in the European gardening culture of the previously mentioned “plane tree era” and the “dendrology era”. During the latter, trees from far away lands were planted in the gardens and parks.

Did you know that the most often mentioned tree in Greek mythology is the plane tree? Its admiration reaches back to the Cretan and Phoenician cultures, and similarly to the old Hungarian tradition, in the ancient Rome plane tree seedlings used to be planted in honour of a newborn baby.

“According to Callimachus the plane tree is the holy plant of Helene, but it was also liked by Apollo” – explains Dezső Surányi in his writing about the plants of Greek beliefs, and he also mentions that holy plane tree groves were frequent in Greece, especially on Peloponnesus. The main squares of the towns, that is, the so-called agoras, and the surroundings of the open-air schools, the famous “gymnasiums”, were also planted with plane trees. In the garden of the Academia, the famous gymnasium of Athens, there were also branchy plane trees with benches beneath them for the wise men, who were walking around and debating, to rest on. 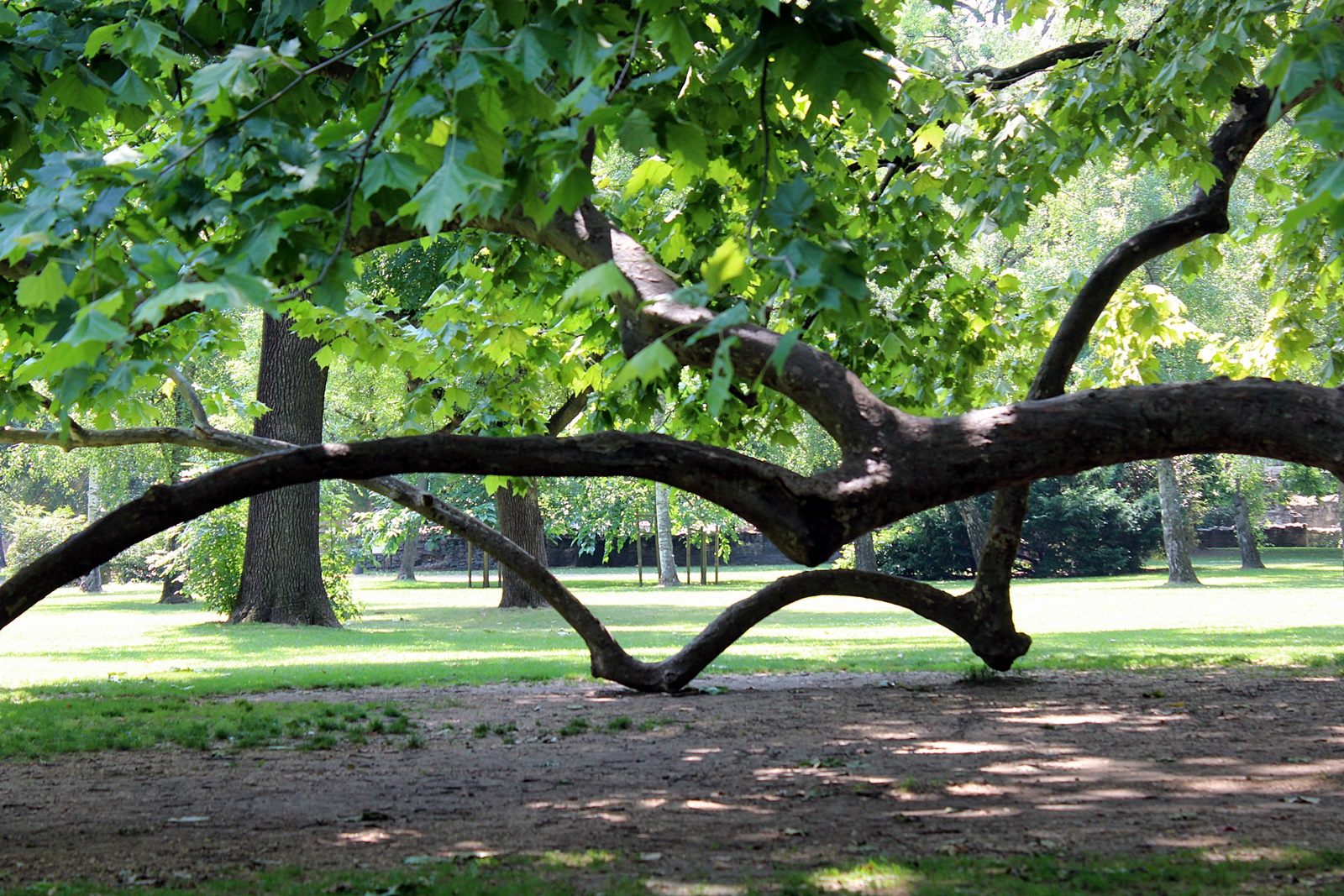 There are many famous plane trees on Margaret Island, one of them is the tree opposite to the entrance of the Palatinus Bath. This is the story of the tree: the crown of the plane tree was severely damaged during the war as it was hit by a bomb, so Antal Kuntsch, the head gardener had the tree cut back. As a result, seven branches developed on the tree and it was named “Seven Chieftains (of the Magyars)” commemorating the plane tree “Seven Brothers”, which was planted by palatine Joseph, damaged in the flood of 1838 and perished in 1930. The canopy of “Seven Brothers” covers about 300 square meters.

However, the tree with the largest canopy used to stand at the edge of the Big Meadow (Nagyrét). This wonderful specimen tumbled down on August 23th, 1988 in the quiet rain that lasted for 36 hours – explains the study on Margaret Island. According to some calculations its foliage bore more than 10 tons of water, which caused its end. Károly Babos pronounced it to be 158 years old.

In 1790 it was decided in the Parliament that the Margaret Island was to be put in the use of the representative of the Habsburg monarch at Buda, of the archduke bearing the title of the palatine, as a “place for recreation and entertainment”. To serve the family of the archduke and the guests, a farmstead, a vegetable-garden, an orchard and some grape yards were established on the southern part of the island.

Source: Péter Bercsek, The Tales of the Trees on Margaret Island 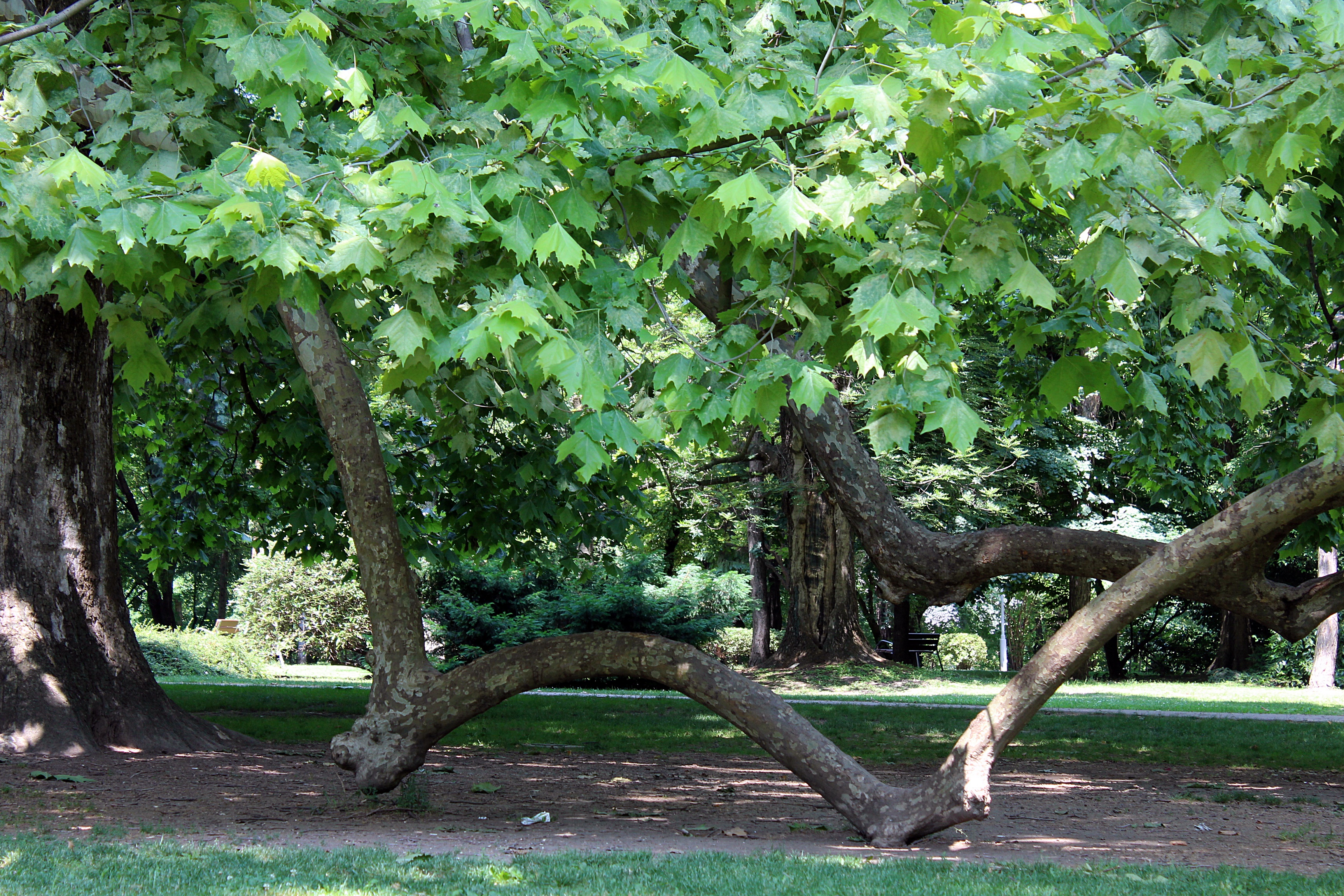 The story of the swing-tree

Next to the Artists’ Promenade (Művészsétány or Művészliget) are the ruins of the Dominican convent and once we passed those by, we reach the 200-year old ancient plane tree, which is regarded to have one of the most beautiful crowns even on a European level, and which is often referred to as the swing-tree. Its circumference almost reaches 635 centimeters, it is single-bay and its lowest side branches bend almost until the ground. The branches reach lower and lower every year, which unfortunately constitutes a great danger to the tree. Szabolcs Megyeri emphasizes in his blog post that in order to protect the plane tree we mustn’t use its branches as swings; we must protect it for posterity.

Only a few know that in the tertiary period there used to be native Hungarian plane trees forming continuous forests in the Carpathian basin. However, the Platanus x hispanica is not indigenous to Hungary, instead it is believed to be the a hybrid of Platanus orientalis (oriental plane) and Platanus occidentalis (American sycamore), an assumption that is still debated, according to Szabolcs Megyeri.

The plane trees of the Margaret Island are also called P. x acerfolia (“maple-leafed plane tree” in Hungarian) in technical terms, because its leaves have three–five lobes just like several maple species. The spherical inflorescence blooms in April and May. 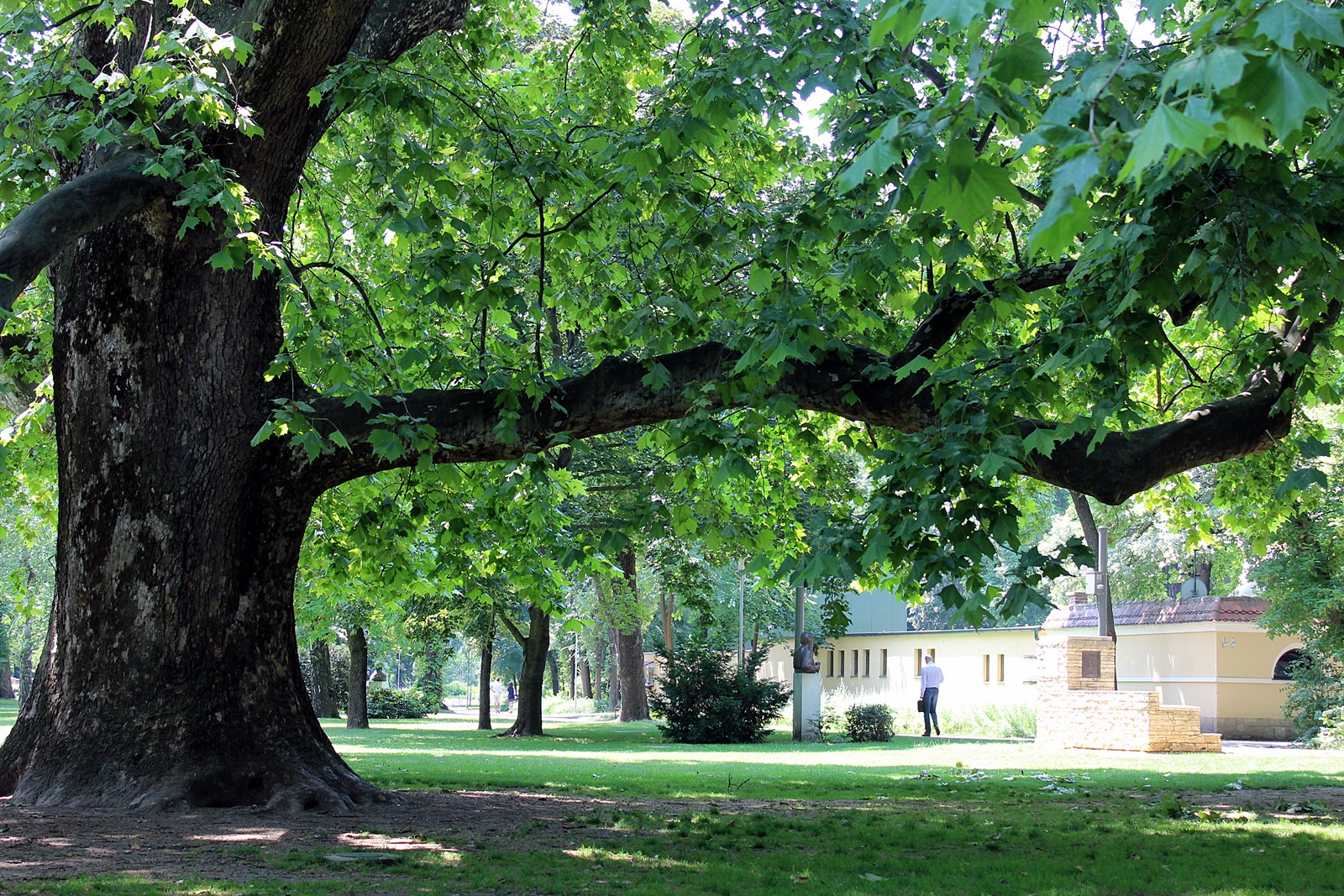 The flood of 1838 gravely damaged the young plantations, yet the stronger plane trees miraculously survived. In front of the terrace of the Grand Hotel (Margitszigeti Nagyszálló) stand three eastern black walnut trees (Juglans nigra), which were planted back in the early 1800s. The damage caused by the icy flood in 1838 is still visible on their trunks. No need to take my word for it, check it out for yourselves!